The ancient Egyptian mummification process is a lengthy one! It typically lasted around 70 days and began by first removing all of the organs from the body. The organs were then washed, dried, and placed into containers called canopic jars that were eventually buried with the body. A salt mixture found along the Nile River was used to help the drying and preservation process of both the body and the organs. After, the bodies were wrapped in linen and placed in their coffin.

In Room 5 this month, we didn’t do all that, but we did complete a project which taught us all about this process. After collecting all the Pringles cans we needed, 5th and 6th graders got to work adding paper mache, paint, hieroglyphics, and one of the four Sons of Horus heads on each can. We then did a simple science experiment to see which ingredient preserved apples (our “organs”) the best: baking soda, vinegar, or salt. 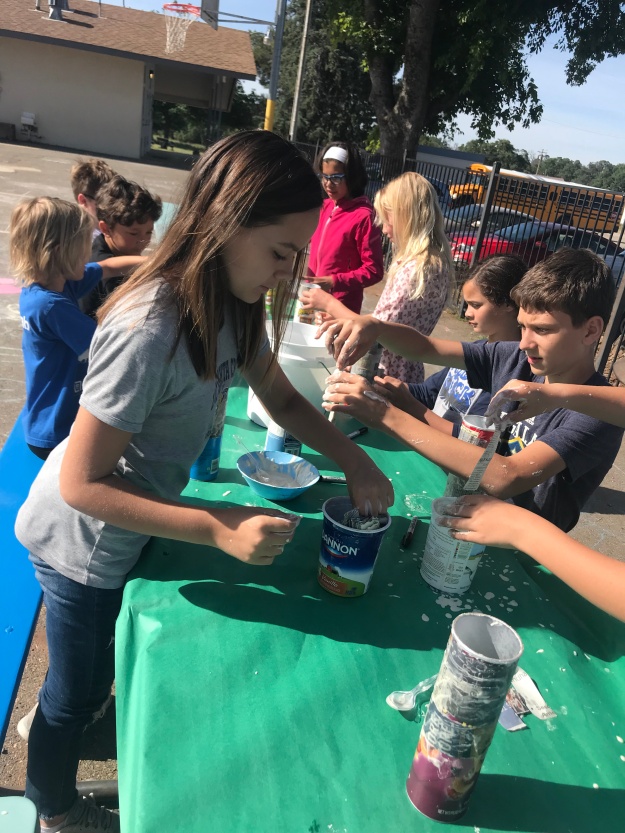 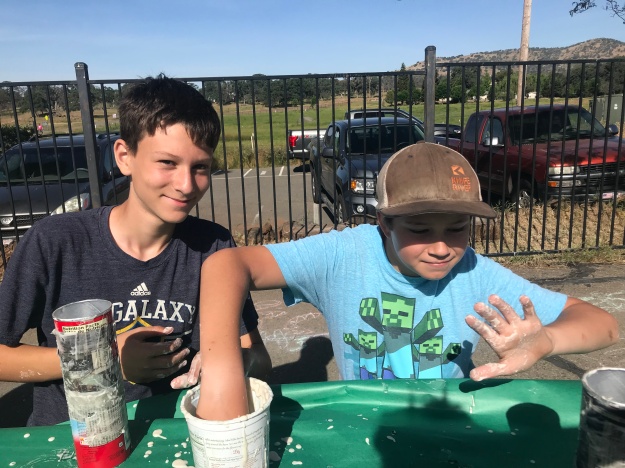 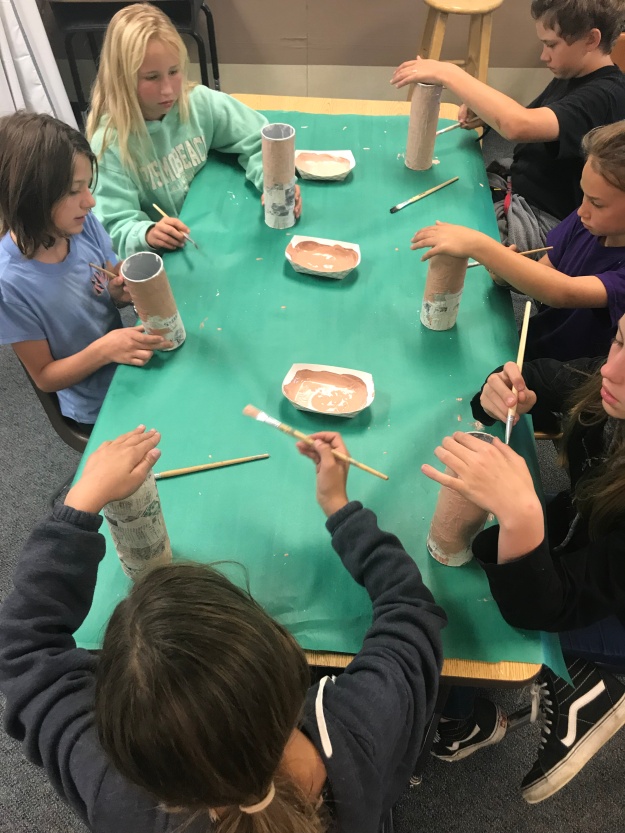 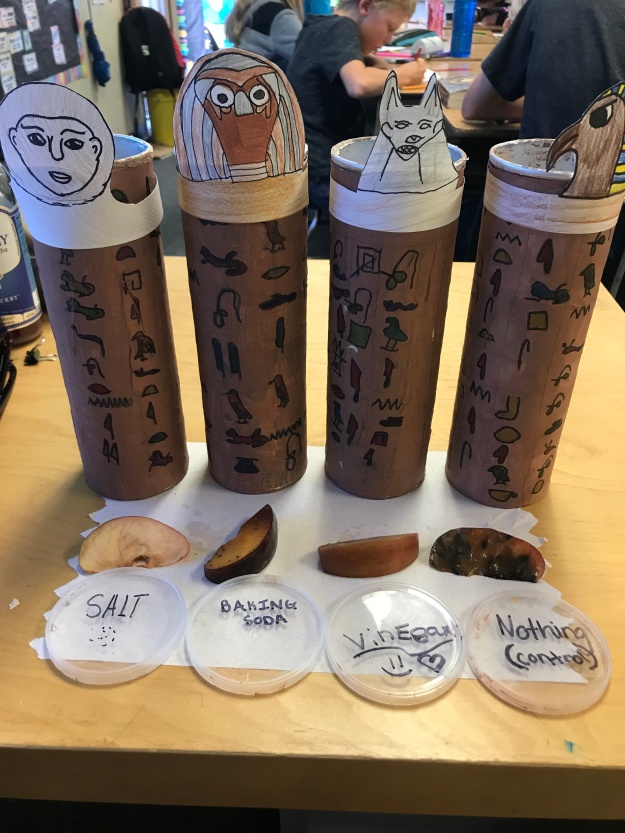 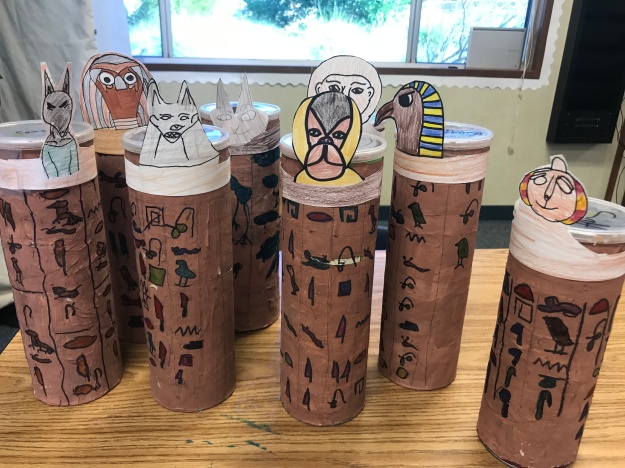 Earlier this month, we also had fun with an art project. After learning all about the jobs and roles of Ancient Egyptians, students traced over images showing the specific jobs they learned about. We used thick gauge foil and dull pencils on a thick pad of newspaper to create beautiful relief drawings. Students then used colorful Sharpies to make designs in the background. They turned out beautiful! 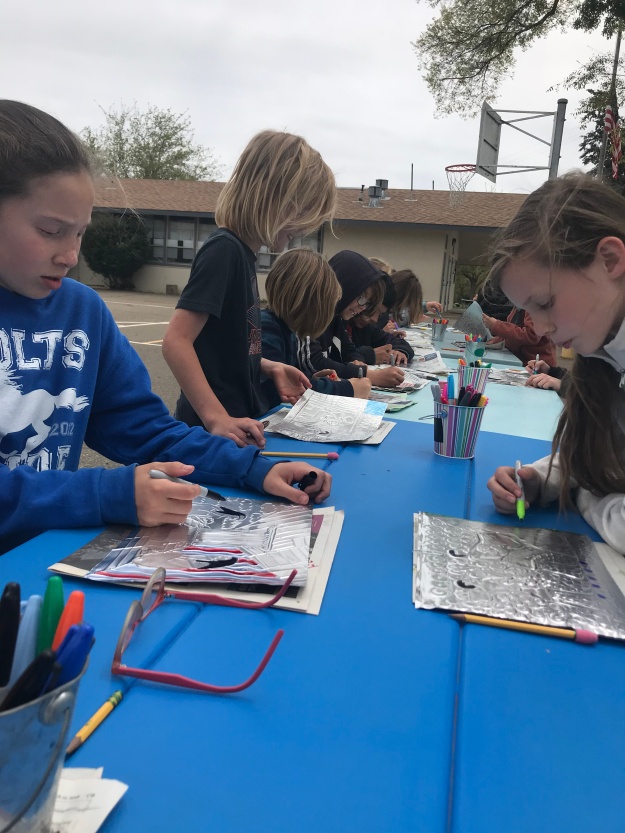 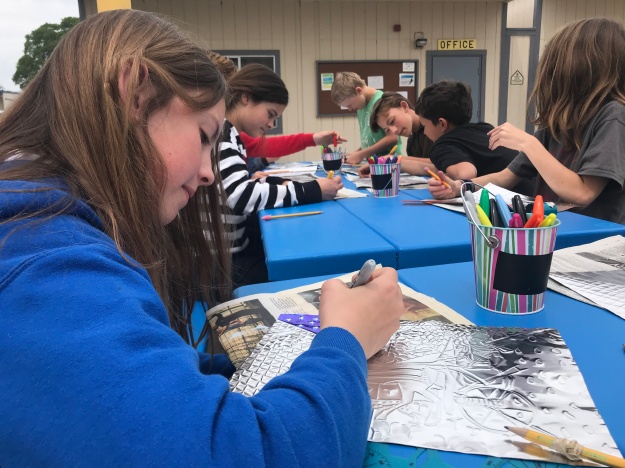 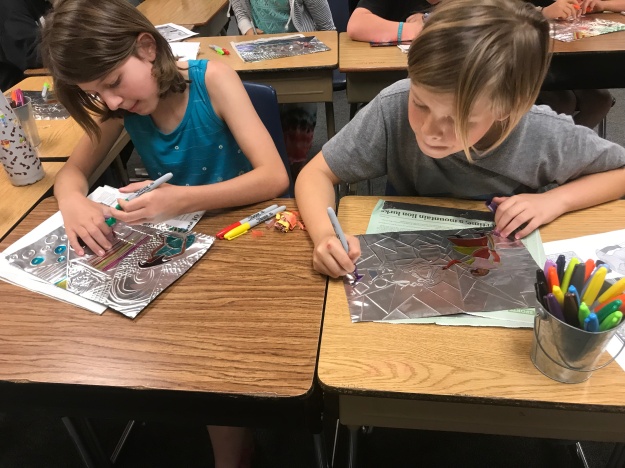